Worry / December 14, 2011 / 1 Comment
“Therefore I tell you, do not worry about your life, what you will eat or drink; or about your body, what you will wear. Is not life more than food, and the body more than clothes? Look at the birds of the air; they do not sow or reap or store away in barns, and yet your heavenly Father feeds them. Are you not much more valuable than they? Can any one of you by worrying add a single hour to your life?

“And why do you worry about clothes? See how the flowers of the field grow. They do not labor or spin. Yet I tell you that not even Solomon in all his splendor was dressed like one of these. If that is how God clothes the grass of the field, which is here today and tomorrow is thrown into the fire, will he not much more clothe you—you of little faith? So do not worry, saying, ‘What shall we eat?’ or ‘What shall we drink?’ or ‘What shall we wear?’ For the pagans run after all these things, and your heavenly Father knows that you need them. But seek first his kingdom and his righteousness, and all these things will be given to you as well. Therefore do not worry about tomorrow, for tomorrow will worry about itself. Each day has enough trouble of its own. 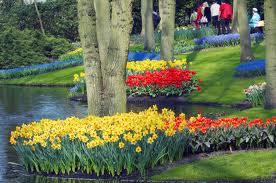 The other day I started to worry about whether or not and how God was going to answer a long-standing prayer request of mine. I started reciting (to the Lord) all the reasons why, from a human standpoint, things didn’t look good for me.

Then I started thinking about Jesus or rather, I believe the Holy Spirit brought to mind the life of Jesus. I thought, “He had good reasons to worry. I wonder if he ever doubted the Father’s plans?”

I mean, if I were in charge of planning the salvation of the world, wouldn’t I put Jesus in a palace in one of the centers of civilization like Rome or Constantinople or Alexandria or Athens? My thought is that Jesus’ influence could radiate out from one of those centers to the then known world. He’d have scholars and artists and business and transportation and trade/travel routes at his disposal. He’d have worldly power, affluence and influence.

But God the Father saw fit to place him in a manger in Bethlehem with humble, poor, non-influential parents. He grew up in Nazareth. What a backwater place. He had no earthly influence or learning to recommend him. However, he did have obedience and humble submission to the Father.

I also wonder if Jesus was tempted to worry about how the Father was going to pull off what to the world seemed like the most foolish of plans: redemption through his death on a cross and resurrection. After all, people were divided about their opinions of him. The most influential people, the Pharisees and those who were part of the Sanhedrin, if they bought into his message at all, it was in secret. Did he worry that “one of these days I am going get knocked off by the palace guard, or some crazy, self-righteous, religious zealot who thinks me a child of the devil”?  I wonder if he ever worried about his PR or about whether or not the masses would accept him? At one point he asked his disciples, “Who do you say I am?” He couldn’t be sure that they got it either.

My point is that Jesus had lots to worry about and be depressed about. First and foremost: a short life and a horrific death–and then what other people thought of him. I often wonder how worry and depression didn’t strangle the life out of him. And of course, I know it’s because he had such an intimate relationship with the Father that he wouldn’t dream of doubting him, although in the Garden of Gethsemane he may have second-guessed his own ability to go through with the Father’s plan.

I think Jesus really believed what he told us in Matthew 6. He believed in the goodness and beneficence of his Father. He knew it from experience. His father gifted the flowers with beauty and birds with food. The Father didn’t need the flowers or the birds to remind him of his duty. He is a joyful giver and eternally concerned about the well-being of his children.

So after I had these thoughts, I went back to my prayer request. And I was like “God has got this. I am not to worry, but to wait and see how he pulls it off or if he doesn’t, what happens instead.” To be honest, I think it’s going to happen, but I have to wait and see how. I can’t plan for it but I do have to do my part in a posture of obedience and trust as I wait on him.

I think about how much less stress we’d all have, if we really would take God at his word and at his character. We are not to worry, that doesn’t mean we don’t do our part, but that we don’t worry about how God is going to do his part. Jesus says we are well cared for–do we believe that even in the most seemingly dire of situations?

I have to practice trusting. My inclination, like yours, is to distrust God and goodness. And so I am waiting and reminding myself of the truths I just jotted down here on the blog.

I’ll report back about this situation when things come to pass.