You’re In My Jurisdiction 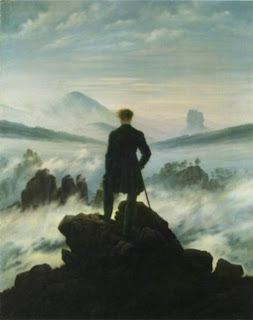 In Tattoos On The Heart (one of my recent most favorite non-fiction books), Father Greg Boyle tells the story of  shirtless Junior, who’d, with beer in hand, greet Father Greg everyone morning when Father went into work. One day, Father Greg, lost in his thoughts, oblivious to all around him fails to acknowledge Junior. Junior notices and yells, “LOVE YOU G-DOG.” Father Greg stops in his tracks–overcome by the love shown to him. He notes that in the barrio, everyone tells each other they love one another. They don’t hold it back. Then he goes on  with the story:

“‘Thank you, Junior. That was a very nice thing to say.’ Junior waves me on, as if papally blessing me as my day begins. ‘Oh, come on now, G, you know,” he says, spinning his hand in a circular motion, ‘You’re in my . . . jurisdiction.’

I can’t be entirely sure what Junior meant. Except for the fact that we all need to see that we are in each other’s ‘jurisdictions,’ spheres of acceptance–only, all the time. And yet, there are lines that get drawn, and barriers erected, meant only to exclude. Allowing folks into my jurisdiction requires that I dismantle what I have set up to keep them out. Sometimes we strike the high moral distance of judgment–moving our protected jurisdictions far from each other. This is also, largely, the problem in the groupthink of gangs. They just can’t seem to see one another as residing in the same jurisdiction. ‘We are the guys who hate those guys’ is the self-defining assertion of every gang. The challenge is to get them to abandon the territory of their gang and replace it with a turf more ample, inclusive, and as expansive of God’s own view of things.”

Later on, Father Greg says that God’s jurisdiction is ” an expansive location . . . a place of endless love.”

2 thoughts on “You’re In My Jurisdiction”