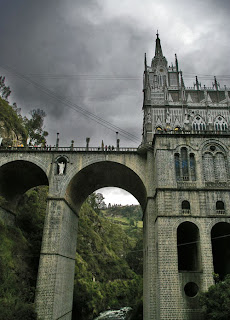 “The fathers of the early church who went out into the desert are popularly thought to have been fleeing the evils of civilization. But this is a simplification. They thought of themselves more properly as going out to fight evil. The demons, as well as the angels, were believed to live in the wilderness and there could be confronted and bested in all their horrible destructiveness.

The besetting sin of the desert fathers was acedia or accidie, tellingly described as ‘the devil of the noonday sun.’ Acedia is spiritual boredom, an indifference to matters of religion, or simple laziness. Symeon the New Theologian wrote to his monks, ‘Do not forget your special tasks and your handicraft to walk about aimlessly and in dissipation and so expose yourselves to the demon of accidie.’ His remark is almost a commentary on the axiom, ‘Idle hands are the devil’s workshop.’

The ancient sin of acedia lies at the root of the pastor’s or priest’s refusal to heed the calling to be the instrument of spiritual growth. In 1977, Carlyle Marney, a distinguished Baptist ‘pastor to pastors,’ spoke at the seminary where I serve. I remember him asking our students if they thought after ten years they would still love the Lord Jesus or if instead would have become ‘hand tamed by the gentry.” Of course, he would have been exceedingly suprised if any had confessed that probably the latter would be the case, but the fact is that many ordained persons quickly lose a sense of excitement of the spiritual quest. They succumb to acedia in those forms that are to a degree peculiar to our times, and yet share much with previous centuries of the clergy.

Many of us when we think of the sins of the clergy recall the ‘fallen priest’ in literature…he was a boozer, a wencher, and had lost his faith. Yet, such a person is less a sinner than he is a casualty. American religion is obssessed with teh ‘warm sins’ such as illicit sex and gluttony. Because many of us are Donatists–believing the validity of the sacrament depends upon the moral character of the minister, which was condemned as heresy long ago–we become inordinately concerned when warm sins are committed by the ordained. What we fail to realized is that pastor or priest who succumbs to the sins of passion is fallen in the same manner as a fallen soldier. These are demons that threaten anyone who sets out upon the path through chaos. Some will lose.

The sinse that should concern us far more deeply are those that prevent the ordained from ever exercising their spiritual vocation. These ‘cold sins’ truly violate the mission of the pastor of a pastor to be a symbol, a symbol-bearer, and hermeneut. They arise not from an excess of passion, but a fear of passion. They are the product of a calculated apathy, sustained only by the embers of a dying soul.

Acedia is the root sin of the clergy as spiritual guides. Like a cancer it eats away at our abandonment to the love for God and his creation. It takes a number of forms, which have much in common with those of other centuries but also have their own peculiar twists in our times.”

Urban T. Holmes III in Spirituality For Ministry as excerpted in: