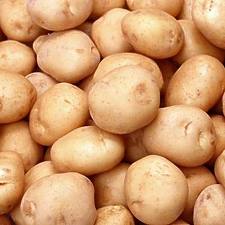 In 1999, I was an undergraduate resident assistant (RA). At my Christian college, they told us to be aware of persons who were addicted to the computer. “Watch out for them,” our supervisors would tell us, “They’ll withdraw from others, isolate, and we want them to be invested in others.” I now work at my alma mater. And you know what? I am not told to warn anyone about being addicted to the computer. Although, sometimes I hear rumblings from students about being addicted to Facebook.

When I was in high school, I really appreciated a shirt that one of my peers had. On the front it read, “Bow to the new god.” And on the back it read, “Kill you T.V.” The shirt was meant to communicate that television had achieved god-like status. It could brainwash you. It formed you, without you being aware. Back then, people used to be denigrated for being couch potatoes.

Why do we not similarly discourage others from being computer potatoes? I think that not only the computer, but other technologies malform us in ways we aren’t so aware of just yet. Yes, there has been alot of talk about isolation. It’s not just that though. I know it’s so much more but I haven’t thought about it long enough. I do know some philosphers and theologians have though. I need to look into it.

And don’t get me wrong. Obviously, I am using computer technology to post this. I rely on a computer for my job. I have to answer e-mails sent to me. But then, I do remember life without all this. And some people, like Wendell Berry, intentionally live a life free of all these gadgets. It gives them peace of mind and allows them to interact face to face. They aren’t inundated with information. Eugene Peterson has termed much of e-mail word pollution and encourages people to write letters (hand-written).

I remember how free I felt last year during Lent when I took a sabbatical from posting on my blog and from checking Facebook (I wouldn’t say I’m addicted, but I check FB once a day or less). I felt like I had so much time!

And while I so enjoy posting and am nourished by thinking through what I write, it is good to fast and use that time to be nourished by the Lord in different ways. Not posting is a discipline of abstinence.

I don’t think I am a techno-phobe. No. But, I do wonder at the ill-effects technology has on us. Technology has implications for our spiritual formation in Christ. We should talk about this in our churches. And of course we shouldn’t be tech-potatoes.