What does it mean to follow Jesus in life and death? Ed Dobson’s “My Story” 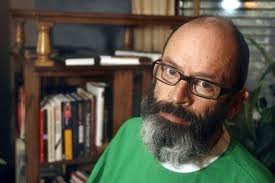 In 1996, I was a freshman in college. Every year our school had an annual Bible conference that coincided with the start of school. In fact, we were required to attend the few nights prior to the start of class. The first speaker I ever heard was Ed Dobson. Ed Dobson, not to be confused with James Dobson, was pastor of Calvary Church in Grand Rapids, Michigan (USA). It is 2012 and I still remember the gist of his sermons. One of the things he said was that he noticed that pastors/churches feed people on the front pews–pass out bread over and over to people on the front pews. But then he asked (maybe not word for word but here’s the basic idea), “What about the people in the back?” The people in the back are saying, “Hey, pay attention to me! I’m hungry. The people in the back are the tax collectors and sinners. Then he asked, “Who are the tax collectors and sinners of our day?” His sermon was much more powerful than I am now conveying. It stayed with me.

A few years after that I sermon, I found out that he had been diagnosed with ALS or Lou Gehrig’s disease. This disease attacks your body and shuts down organs. I was so concerned when I found out that I called his church to ask how he was doing even though I had never talked to him. I called because the little exposure I had to Ed Dobson branded Jesus deeper into my soul. I found out later that he’d stepped down because of the sickness that would eventually lead to death.

In this video Ed Dobson talks about life and death and what it means to follow Jesus. At one point in the video he says that he preached and did all sorts of things in the church but he wasn’t really following Jesus (not that he wasn’t a Christian). He was busy for Jesus…but not really following him.  After he stepped down because of the disease he lost his purpose for living…but slowly regained it. And at this point, today, he knows he is facing death and about to lose his ability to talk because of ALS. If you want to be nourished and motivated to follow Jesus, if you want encouragment in your walk and to see the beauty of God, watch this story about Ed Dobson:

Ed Dobson’s “My Story” on CNN