3rd Sunday After Epiphany: Are You Functioning Like You Were Created To In The Body of Christ?

The city of Corinth was a major player in the Greco-Roman empire. It was a center of commerce. You could find every type of religion there. The city was full of wealthy people although the Corinthian Church was made up of mostly poor people. One ancient writer noted that Corinth was a superficial place, even superficially beautiful, but lacked grace. In Corinth, everyone had a lord, someone over him or her. A definite pecking order was in place in that society. Ingrained in the pyche of the Corinthians was the thought that every action, every word, was calculated to gain or maintain honor and avoid shame. If we understand this part of Corinthian culture, we can see why Paul goes to great lengths to demonstrate that all members of the body of Christ are one, each one important and indispensable. 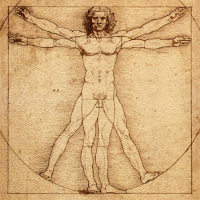 It is probable that some in the Corinthian church looked down on or despised those under them. Perhaps they despised the poorer or less educated people. Another thing that pecking order determined was when or if someone could speak. Maybe some of that carried over into the church. After all, it was only the rich who could host big dinners for church. And only the rich could arrive early to love feasts, because they didn’t have to work long hours all day. They had leisure. So they could get to the love feast, eat the food, and leave little if any for the poor. Their word usually influenced the turn of events in the church and in the city. They had power and prestige. They were at the top of the pecking order.

I remember when I was a student at Cedarville University. We had chapel every day as the school still does. I remember at one point in my life there, when I didn’t have a lot of confidence, I thought that the girls who sang on stage, the ones with beautiful voices, were really the important ones. Since I didn’t have a beautiful voice, couldn’t ever afford voice lessons, couldn’t be sure that even if I had voice lessons that my voice would be beautiful, I remember thinking they were better than me. They were a better body part than me, maybe they were mouths with beautiful lips and voices like angels.

Have you ever wondered what part you are? As I was thinking about what to say today, I had the thought, “A lot of people in the church must think they’re rear ends, because all they do is sit on the pews their entire lives.” But really. Do we realize that we as a church, both global and local church, cannot function if body parts are atrophied, or not functioning properly for one reason or another?

St. Chrysostom, Archbishop of Constantinople, one of the early fathers of the church back in the day, who lived in the mid three hundreds to early four hundred, said this, “even the thorn on a foot can effect the body’s entire well-being.” Do you see what he’s getting at? If one of us, as a member of the body, isn’t functioning the way we’re supposed to, than the rest of the body is affected. In fact, the sickness and disease of even one or two members of the body can derail a whole church. Are you or I derailing this church, and the church universal, because we’re sick and refuse to get treatment or because we don’t even know there is something wrong with us? Or maybe, we’re abusing one another. Is a finger poking out the eye, and mouth biting the hand? Maybe we’re refusing to function, because we think, well, I am not an eye, so I don’t matter. My work, my being here is unimportant. Well that’s wrong.

Suppose some of us are eyes. We do the majority of seeing for the body. We see that someone in this congregation or community is being abused, physically, sexually, or emotionally. Well, it’s not enough just to see. Maybe the mouth can let others know, that the abused one needs help. The mouth could speak words of comfort. The arms can enfold and comfort the abused. The hands pick up the phone and call the police or other authorities. My metaphor, because it is a metaphor breaks down, but you get the picture.

I think it is the same with denominations. Some think of denominations as merely divisive. I think of Jesus’ twelve disciples as mini pictures of our current denominations. Jesus had all sorts of people in that motley crew of disciples with mixed political opinions, mixed abilities, and gifts. Yet Jesus chose all of them to bare his name, proclaim his name, according to their abilities and functions. Each denomination can be considered a body part with a different function. The different churches here in Springfield, can be considered different body parts that make up the body of Christ in Springfield. Are we functioning well?

None of us can function unless we are attached to the body, in Christ, in community. If you separate a body part from the rest of the body, what happens? It dies. It dies. I think we all know this, but let me repeat it, we cannot live the Christian life alone. We do realize that we are hurting the others around us when we’re not functioning as we should, don’t we ? If we are suffering or in pain, do we realize, that others suffer, or would like to suffer with us? Whether for good or for ill, in the church, our function or lack of function, effects everyone around us, even if we’re not aware of it. We are all connected to each other.

Since those insecure college days, I’ve become aware of how God has made me. I have a better grasp of my strengths and weaknesses. I hope that I am functioning as best I can in the station in life that I am in. God doesn’t call any of us to do any more or any less than we can do. But he does call us to do what we can and be what he has called us to be. And some of us hands, want to be legs, and we’re messing things up. Let us accept what we are and be what we are with gusto, all for the honor of Jesus. Do you know, that God made us the way we are and gave us the functions we have? He ordained our function in the body of Christ.

When we as a member of the body do what we are to do, God through us, uses the body as a whole to set the oppressed free, to give sight to the blind and to proclaim the year of the Lord’s favor. In essence, when we function well, we as the body of Christ on earth are doing his will on earth as it is in heaven, and bringing in the kingdom.

And in closing, I pray these verses from the song “Yaweh” by U2

Teach them what to carry

2 thoughts on “3rd Sunday After Epiphany: Are You Functioning Like You Were Created To In The Body of Christ?”