A Little Bit About Me & And The God Life Part I 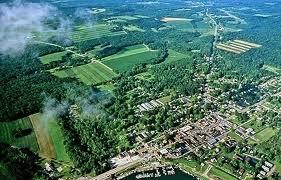 Now I know that I grew up poor. I wasn’t too aware of it when I was in elementary school. Maybe its just because I thought that others also had days when they had little food and no heat. Rich people, like some of my friends, used Paul Mitchell shampoo or Biolage. Even at the age of fifteen or sixteen, McDonald’s was a treat. We seldom went because we seldom had the money or the gas to get there. But we ate lots of arroz con pollo or when there was no chicken, arroz con gandules. Or when there was nothing but flour, water, and oil, a type of flat bread that is now really popular.

Here we were a Puerto Rican family (the dictionary says I am Puerto-Rican because I was born there and have at least one parent who is full-blooded ) in rural Crawford County which is located in northwest Pennsylvania. We lived with my father who is very white, who although he couldn’t speak very much Spanish, could somewhat understand it, and my very Puerto-Rican mother.  I grew up with both my parents in the house and with Abuelita and Abuelito, my mom’s parents. Siblings included me, my younger sister Michelle, younger brother Kenny, and older brother Marco (at least for while until he left for the military. He left when I was nine and he eighteen).

We were a displaced people who made up the Hispanic population in our school district. Yet it was years before I realized how much my half Puerto-Rican/half white ethnicity and my location formed me. I say a school district instead of  a town because I lived out in the boon docks–in the largest (geographical) district in PA. We were isolated from friends because we lived on the edge of that district and because our phone number was long distance from most of them. So me, Michelle, and Kenny ended up becoming really close to each other and to abuela. My Mom and Dad (whom we dearly love) were busy trying to sort out their chaotic lives while bequeathing a sort of chaos on us. Yet in all this, they loved us and we love(d) them.

Abuelito died when I was younger. Yet he was one of the most comical persons I’ve ever known, although now I realize he had Alzheimers most of my life with him. He used to jiggle his stomach and play it like a guitar (guitarra) and just laugh and laugh and make us double over with laughter and tears. What made it very funny is that he was short torsoed (like me or me like him) with long legs. He’d pull up his pants real high, and look like a living Humpty Dumpty. He also carried around a large machete somehow strapped to his side on his belt as he’d go on walks on our land. Moreover, he’d sew his back pockets closed every day to keep abuelita from getting his money. Money that he was sure she wanted to use for her lover (She had no lover. It was all in his mind).  And she never wanted or tried to get his money.

Nearly everyday he’d yell, “Mu—–jer, Mu—–jer no tocques mi dinero!” Wo——man, Wo——man don’t touch my money!  It was money from his monthly social security check. I was so sad when abuelito died. I was twelve when he and abuelita were in Florida for a stint and living with tio Lenny (my mom’s only brother). We couldn’t afford to bring his body to where we lived and somehow that seems weird too–for him to have been a displaced Puerto Rican in a rural cemetery in Crawford County . So now his body is down there in West Palm Beach and we don’t even know where and there is no one to take care of his grave. Abuelita is no longer living. But I am getting ahead of myself.

In winter, there were many times (too many to count) when we ran out of fuel oil. So either we cut wood to stay warm–sleeping downstairs next to the fireplace or we nearly froze upstairs with plenty of blankets on us. Actually, that was in our second house in Crawford County. Until the age of thirteen, I lived in Chapmanville. It was a similar situation with frozen pipes adding to winter complications. When there was no wood in the house, there were a few times when we turned on the stove. Yes, the stove. Yes, we knew it could lead to fires but we needed to stay warm somehow. The worst days were when there was no school, no fuel oil, and very little food. That was the worst.

Now I know that we probably qualified for HEAP [The Home  Energy Assistance Program that helps many working poor people, and elderly, and others who have a hard time making ends meet (a program that I later helped run for three counties in Ohio)  and that by the way, a program my Republican brothers and sisters are seeking to cut].

But a lot of the time, all we had was green wood for our big old drafty house. We didn’t have a woodstove with a fan to circulate heat throughout the house. Like I said, the fireplace was downstairs. But even so, I remember almost always smelling like firewood in the winter. And I hated smelling like firewood. I was completely mortified because it stuck to our clothes probably because, oh I don’t know, the chimney didn’t suck the smoke up like it should’ve. And I don’t know the proper term for that. All I remember is that the smoke stung my eyes throughout the winter and added to my asthmatic condition and whatever misery I was experiencing.

Daily life was hard. Not as hard as the lives of most in the world, or of all the poor people in our county, but hard compared to now. It was a wilderness of sorts, in more ways than one. I have yet to say anything about Jesus and the God-life. Well, I’ll get to that tomorrow I guess. Its too late. 1AM EST and I should be sleeping. But I thought that you might want to know a little about the person some of you know personally and that others of you know through this site.

I’ll continue tomorrow which is really today. Iliana will wake up in seven hours or less.