A Little Bit About Me & And The God Life Part II 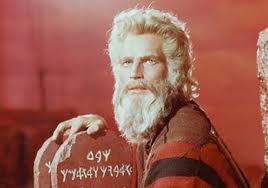 As young as three years old I think, I remember having a sense of the supernatural or eternal and also of defending those picked on–the oppressed. Maybe that’s not unique to me–maybe all children experience the world as magical at that age and cringe when someone else is hurt. I just had a sense there was more to life than what I saw or experienced and that someone had to defend the child being picked on, except when I was picking on my brother or sister of course.

When I was four, our next door neighbor in what I believe was Navy housing in San Diego, invited me to her five day club that she was hosting in her garage. All I did was walk out of the door from my house for what I take to have been fifteen feet. At one point, I remember sitting on the bumper of her 77ish or 78ish huge Cadillac and asking her, “So, if Jesus wouldn’t have died on the cross, the whole world would’ve gone to hell?” She said, “yes.” I feel like I understood the principle she was getting at: without Christ, hell for all.

I don’t remember whether or not I made a decision right then to follow Jesus, but like I said, I sort of understood an implication about his death. I don’t think she knows what a lasting impression she had on me. She at least planted a seed. She was the mother of my best friend, Kabari. Kabari was an African-American little boy and we were just two peas in a pod. We played everyday. I remember wailing when we left just after my sixth birthday. I had been there three years. If you remember, I was born in Puerto Rico. So, I think I left Puerto Rico at the age of three and then moved to California until I was six. Then came the great long drive through the desert. I don’t know if it was in California or Arizona. But I remember it. However, I don’t remember the rest of the drive from there to Pennsylvania. That is a blank.

There is no doubt the Lord had his hand on me as a child–like little Samuel. Now, I’ve sort of gone backwards from my post the other day. In that post, I started in Pennsylvania and then backed up to California with this post. Now I’ll fastforward back to Crawford County, PA.

In elementary school, during fifth and sixth grade, a bus from the United Methodist Church in Townville, Pa used to pick us up for what was called “Release Time.” Instead of eating lunch and playing outside at recess, once a week, we’d board the bus for a five minute ride and head to the basement of the church. There we had snacks, learned Bible stories, and sang Bible songs. That is where I learned the ten commandments through song. I don’t know what the name of the song was, but the chorus repeated the words, “The perfect ten, the perfect ten, they’re just as good as they were way back when, God gave the perfect ten, the perfect ten, let’s say them once again.” And then it’d go on with,

Number one we just begun God should be first in your life, number two the idol rule, those graven images aren’t nice, number three God’s name should be never spoken in jest, number four the sabbath is for our worship and for rest. Number five we all should strive to honor father and mother. Number six don’t get your kicks from killing one another. Number seven life is heaven when you’re true to your mate. Number eight don’t steal and break this rule for goodness sake. Number nine don’t be the kind who goes around telling lies. Number ten don’t covet when you see your neighbor’s house or wife. That’s the list that God insists we stay away from these sins, that is why we memorize commandments one through ten!

Then the chorus again. Release Time is where I asked Jesus to be my savior a bazillion times. And the reason why I did so many times is because after I did, I didn’t feel the change. I noticed that I still continued to sin. But I’ll tell you one thing. Once I “asked Jesus into my heart,” I became an evangelist. I told everyone I knew about Jesus. Everyone. Boys, girls, and adults. My younger sister Michelle and my younger brother Kenny were my first converts and disciples. Actually God’s converts. But they’re my spiritual children in a way and still following Jesus. Michelle was eight and Kenny six.  I’ll stop here for today. I’ll continue with their little tale of conversion–the tale where I was the evangelist. You might laugh at the means God sometimes uses to call his children.