Busy Service For Christ Keeping Us From Living Like Jesus?

Church, Following Jesus, Obedience, responsibility / January 30, 2011 / Leave a Comment
There are many people–children, women, and men . . . who are being abused, and mistreated–oppressed all around us. We can all prayerfully do something for those who are oppressed. Right now, my heart is focused on those who are undocumented workers in the U.S. Close to where I live, many are being robbed and taken advantage of because the perpetrators know they can’t/won’t go to the police for fear of deportation. How would God have you prayerfully act wherever you are? 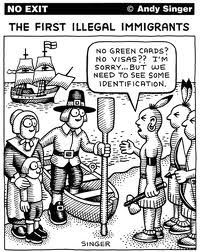 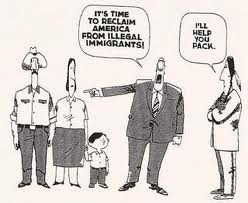 The Church has often been guilty of failing to act and speak out when it should. In fact, many times its because she  ignorantly tows the political party line. Those who do act on issues of justice or who sound the alarm are denounced as liberals and demonized. I fear this is the case in America. Although many have said that in the U.S. that immigration is the new Civil Right’s issue, the majority of Americans and even those in the American Church seem to be on the wrong side yet again. It’s a complicated issue, yes, but sometimes doing that right thing can be complicated. That doesn’t mean we shouldn’t do it.

Most of those in the German Church also towed the party line during World War II. And some live to regret it.  Read this account by a German Christian who was there. It is found in Erwin Lutzer’s book, Hitler’s Cross:

I lived in Germany during the Nazi Holocaust. I considered myself a Christian. We heard stories of what was happening to the Jews, but we tried to distance ourselves from it, because, what could anyone do to stop it? A railroad track ran behind our small church and each Sunday morning we could hear the whistle in the distance and then the wheels coming over the tracks. We became disturbed when we heard the cries coming from the train as it passed by. we realized it was carrying Jews like cattle in cars!

Week after week the whistle would blow. We dreaded to hear the sounds of those wheels because we knew that we would hear the cries of the Jews en route to a death camp. Their screams tormented us.

Years have passed and no one talks about it anymore. But I still hear the train whistle in my sleep. God forgive me; forgive all of us who called ourselves Christians yet did nothing to intervene.

Erwin Lutzer goes on to say, “That story, which speaks so pointedly to the weakness of the church in Germany, speaks also to us: Do we hear the train here in America–the cries of the pre-born children in our abortion clinics, the abused child across the street, or the minorities who are daily discriminated against in the normal course of their existence? Or does our busy service for Christ drown out these muffled cries?