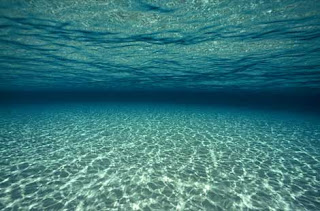 “Jesus replied, ‘Are you not in error because you do not know the Scriptures or the power of God?’” Mark 12:24

Some of us with our theological sophistication are not amazed by much. We yawn at the God of the universe—bored with Jesus, with Christianity. Ho hum. We’ve sat through too many sermons and have read the Bible too many times. And we’ve studied, so we’ve heard it and know it all. Our lack of amazement bleeds through our lives.

Yet in our theological arrogance and self-righteousness (appearing in many forms), Jesus says to us like he did the Sadducees, “You are badly mistaken. You’re dead wrong. You’re looking at God through a peep-hole, really. You don’t know the Scriptures or the power of God.”

As a sophomore, I became disillusioned thinking we served a most awfully cruel God. I thought it unfair that some were destined for hell because they’ve never had a chance to hear the gospel. I accused God and considered chucking the faith.

Thankfully, not long thereafter, I re-awakened to God’s goodness and brilliant splendor and re-trusted his character. I trusted his judgment even though he hadn’t answered my questions about those who’ve never heard. To quote Father Greg Boyle, “God seems to be an unwilling participant in our efforts to pigeon-hole him. The minute we think we’ve arrived at the most expansive sense of who God is, ‘this Great Wild God’ . . . breaks through the claustrophobia of our own articulation, and things get large again.”

God broke through the claustrophobia of my sophomoric articulation, at my dejectedness over what seemed the inevitable fate of billions who hadn’t a chance to hear. How did he? Well five or six years ago, I was surprised by joy, filled with glee really, when I started hearing well-documented reports about Muslims in closed countries coming to Christ through dreams. Apparently Jesus cares much more than I do about the redemption of all peoples—enough to bring many to himself through dreams and visions like he did the apostle Paul.

It turns out that I didn’t know the power of God—that I was woefully in error. However, now I find myself in the throngs of those amazed at Jesus—part of the great cloud of witnesses whose hearts are leaping with joy and astonishment and amazement.