Do We See How It Is? 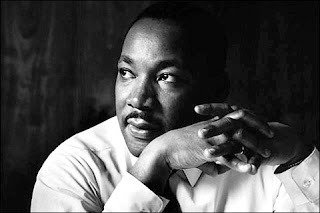 Some think that we’ve moved beyond racism and the ills of MLK’s day. They suppose that this is a day of reconciliation. We no longer have separate water fountains or schools or seats. But for those who would seek to follow Jesus, especially, and really anyone who seeks justice, we need to realize that we’ve only taken a few incremental steps in the marathon of reconciliation. And most of us are too comfortable with those steps. We give off an air that says we’ve arrived. But minorities know that isn’t so. In fact, studies show that white evangelicals’ attitudes are worse toward African-Americans than even non-Christians’ attitude
(see http://www.christianitytoday.com/ct/2010/september/33.83.html .)

I wonder if the same is true of their attitude toward Hispanics, especially those from Mexico, and other minorities like American Indians whose land we took and against whom we committed genocide? Witness the rancor over the last presidential election (in just Christian circles) and over the immigration debate.

As I think about this day, celebrating the accomplishments of Martin Luther King Jr. and the Civil Rights Movement, and  how at the same time, white evangelicals were often on what we today would certainly say was the wrong side of the Civil Rights Movement (the side opposing change), I have to think, “Jesus, could you change my attitude? Jesus could you help me to love those who oppress others? Jesus could you show me if I am the oppressor?”

Not all white evangelicals and all whites are to blame. Certainly not. But many are for their silence and inaction. We have to remember that if a majority culture is not suffering or being oppressed, they have no reason to question the status quo or help those who are oppressed. They are often blind to it. But God tells us to look out for the alien and the oppressed and the widows. That’s part of what those who follow Jesus do, or should do (and not just talk about). That is what the church has done for centuries. Hats off to Roman Catholic brothers and sisters and those of the Eastern Orthodox Church who have known and practiced this for millenia. Thank you for being examples to contemporary evangelical Protestants.

So what’s with this post Marlena? Oh it’s a reminder to us to examine ourselves, and convince ourselves that some of our attitudes and beliefs and therefore behaviors or lack of behaviors are probably anti-Christ in this realm.

*If you would like to hear, as near as I can tell, a biblical view of the immigration debate, please go to http://undocumented.tv/

Blessings to you my brothers and sisters.