Encouragement to Trust God! One of My Favorite Stories About George Mueller 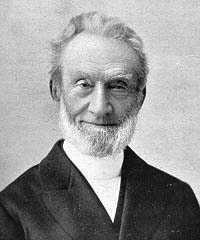