From Resentment to Gratitude

Resentment / June 28, 2011 / 2 Comments
I’ve been trying to post on this blog for about two weeks. However, my computer wouldn’t let me sign-in. Alas, someone from computer services helped me out today. Do forgive my lapse.

At the beginning of this month I realized something was quite wrong with my soul; I couldn’t figure it out though. It was nearly 11 p.m. one night when I said to Shawn, “My soul is sick and I am not sure why.” Before I went to bed, I reread a portion from a collection of Henri Nouwen’s works in the book Spiritual Formation (with Michal J. Christensen and Rebecca J. Laird).

God used Nouwen to cut me to the quick. I discovered that I was full of latent resentment. Frankly, I didn’t know it. But resentment seepage was making its way through my soul, spreading like a cancer. I was aghast at my condition. I had been blind to it. Aren’t we all blind to things in ourselves? Of course we are.

I also confessed this resentment to my husband Shawn and some spiritual friends, and another lady that serves as sort of a spiritual director. Sometimes we’re the last to know what is wrong. But I could tell I was off because internally, I had a critical spirit about several things. Granted, other people do feel the same way I do about these situations that were agitating my spirit, but that doesn’t give me an excuse to let particular circumstances rule over me.

I was internally agitated and fuming. The Lord reminded me that if I was to be blameless in such a corrupt generation then I couldn’t make a habit of complaining–even internally. But let me not kid myself, my complaints were surfacing more and more frequently sort of like a previously dormant but now active volcano. I was spewing volcanic ashes of complaints to a select few; it wasn’t long though before my resentment would poison not only me but those around me. It had to stop.

That’s why my soul was sick. 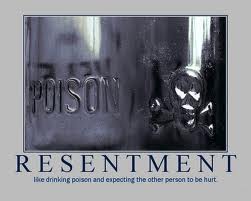 Thankfully, the Lord showed me what the problem was after I had implored him. Since then, I’ve been thanking him full-throttle for everything I can think of. I am seeking to find the grace in the difficult circumstances, circumstances that fuel my resentment. I can’t get into detail here about what they are because of confidentiality. That’s probably good; there’s really no need to rehash them. I thank God instead of fume the moment I feel any resentment rising. It has set me free. The burden has lifted and I wish the same for you should you find yourself full of resentment.

2 thoughts on “From Resentment to Gratitude”