Robert Arbogast Sermons / February 26, 2012 / Leave a Comment
This is by the Rev. Bob Arbogast at Olentangy Christian Reformed Church:
(For some reason the formatting is being grievous! I apologize and have tried to fix it as much as I can.) 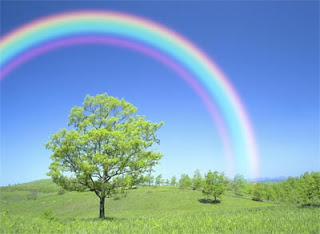 I have a bad memory. I’ve admitted that I don’t know how many times. Or if not a

bad memory, then a strange memory. I can remember a license plate number from the

can’t remember most of my seminary classmates. I see them at synod sometimes, and I

don’t know who they are. I can remember the priest turning on a cheap Sony cassette

player at my father’s funeral in 1997. But I can’t remember standing by my father’s

There are lots of times I wish I had a better memory. But I don’t think there’s much

of anything I can do about it. When I go to Kroger, I make a list. That doesn’t help my

memory. It just compensates for it. When Jan gets off the phone after talking with Katie,

she can give me a detailed account of the conversation. When I get off the phone after

talking with Kristi, I can only give Jan a general outline of what we talked about. I feel

word. Am I forgetting something if I haven’t remembered it at least for a little while to begin
with?
NONE OF US LIKE FORGETTING. That’s one of the things that worries us about

to forget the people we love. And we know that if we forget those things, then there

won’t be much of us left. Not enough of what matters. That’s what scares us. We’ve

seen people, people we love, hollowed out by Alzheimer’s. We don’t want to go there.

None of us do.

But here’s what I think. Worse than forgetting is being forgotten. None of us wants

to be forgotten. Not unless we’re in the witness protection program. And even then we

don’t really want it. It’s a hard thing to be forgotten, to be lost to all you’ve known and

loved. But in that kind of situation, there’s no choice.To be forgotten by the woman you

pledged your life to twelve years ago, forgotten when she runs off with another man? That
hurts. To be forgotten by your son, the son you made so many sacrifices for, and now he

won’t even pick up his iPhone to give you a call? That hurts.

We watched the movie Precious the other night. Precious Jones is forgotten. Her

mother and father have forgotten she’s their child, their flesh and blood. They treat her

like a pest or a toy. When she finds out she’s HIV-positive, courtesy of her father,

Precious writes in her journal, Why me? At that moment, with a story like hers, Precious

feels forgotten by the universe. And who wouldn’t? The filmmakers don’t address the

THAT’S THE QUESTION THAT HANGS OVER this world every day. When a fifteen year

old girl is sexually assaulted by her father while her mother looks the other way, has

God forgotten? When people rising up to protest an oppressive government are

bombed and burned into submission, has God forgotten? When Haiti, the poorest

country in the western hemisphere, is devastated by an earthquake and a hurricane, has God

forgotten? When a traveler responds to the call of the Gospel to take risks to be servant and

winds up being assaulted by the hitchhiker he picked up, has God forgotten? When

whole world has forgotten their plight, has God forgotten too? When the Christian

community in Iraq and in Egypt and in Nigeria is under constant threat, has God

day. And that was the question hanging over the world in the first century, hanging

over Judea and Samaria and Galilee. When Jews have returned from Babylon, when

they’ve rebuilt Jerusalem and the Temple, but they have no king and the divine

and now. Has God forgotten?

ONE OF THE BIBLE’S BIG CONCERNS, ALL THE WAY THROUGH, is to show that God

remembers. Take the rainbow. We know that the rainbow is a covenant sign. It’s

the earth, a promise that the waters of chaos won’t win. We know that the rainbow is a

sign of that promise. And we usually think that the rainbow is a sign so we can

remember the promise. But the rainbow is not so we can remember; it’s so God can

don’t know for sure, but I imagine there’s always a rainbow somewhere in this world. That

When the family of Israel is enslaved in Egypt, God remembers his promise to

Abraham and sets Israel free. Later, when Israel is beset by enemies, God remembers his

promise to David and turns the enemies aside. God remembers. That’s a foundation

When the psalmist prays to the LORD, it’s a prayer about remembering. LORD, don’t

remember the mess I am and the mess I’ve made. LORD, instead of remembering who I

OUR COVENANT SIGN IS BAPTISM. It’s a sign we can hardly see when it’s on us. It’s not

like the ashes of Ash Wednesday that even when they’re removed leave a smudge. No,

with baptism in no time our skin is dry and the sign is invisible. But not to God. God

I told you I remember strange things. But it’s not so strange, not really. You see, I

have a habit of rehearsing those strange things. I’ve been telling people for years about

that old license plate number. Every time I tell someone, the number gets fixed more

firmly in my memory. I imagine that’s how it is with God and our baptism. God sees the

GOD REMEMBERS. THAT’S THE BEGINNING of the Gospel. As Mark tells the story, Jesus

begins his work by saying, The time is fulfilled. In other words, There has been no forgetting.

This is where the story has been leading. It’s time, time at last, time for the kingdom! Jesus comes

as the embodiment of God’s memory. God has not forgotten the promises. God is as good as

and injustice, by disease and despair. God remembers and sends his Son to save the world

horrible death. He does it by remembering. Jesus, his companion on the next cross said

to him, Jesus, remember me when you come into your kingdom. And Jesus told him, Today

suffer. You will die. But you will not be forgotten. I will remember you. That’s the heart of the

kind travelers aren’t assaulted. We have our eyes set on a world where peace and justice

reign and tyrants have been sent packing. And while we wait, we look to Jesus, to his cross,

to his suffering, to what he was not spared. We look to our own calling to suffer with him. And

of things. There may be a lot of things that never once take root in my memory. But God

remembers. Always God remembers. And that will be so even if I forget.