God Wants Us All To Flourish 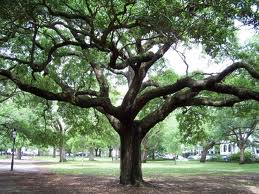 Reprinted With Permission From the Reverend Robert Arbogast

In a Columbus Dispatch commentary, Joe Blundo wondered about what kind of city we have
made. A city in which a man who is mentally ill can die, untreated, naked, shivering, and alone, in a
garden shed — that’s worth some sober reflection.

I’m sure you remember Jesus’ parable of the sheep and the goats. It’s a parable about
the justice by which human communities are measured. How does a community act toward hungry
people standing in line at soup kitchens? toward immigrants who haven’t melted in yet? toward sick
people who don’t have the means to look after their own care? toward repeat offenders on the street
or still behind bars? and, yes, toward people who stand naked on our front porches? How does a
community act? That’s the question. And it’s a question of justice. Justice in the sense of a
community doing what’s right. And justice in the sense of a community being condemned for failing
to do what’s right.

Jesus said, “Those who are hungering and thirsting for what’s right are blessed” (Matthew 5:6). It’s a holy hunger that churns in our gut, when we hear Joshua Edwards’ story or when we hear other stories, right here in Columbus, of people homeless, hungry, cold, sick, out of work, and with nowhere to turn. We know in our souls that God has something better in  mind. We know that God wants all the people of our city to flourish, not just the people in the suburbs. We know that God wants the rules to be fair, that God wants everyone to have a fighting chance at a decent life.

And deep in our gut, we hunger for a city that fits with God’s vision. A city in which children are
always loved and given every opportunity to thrive. A city in which old people can live out their years
in dignity, without fear of poverty or violence or substandard care in an overcrowded nursing home.
A city in which all the people can make a life for themselves and their loved ones by honest work.
That’s what we yearn for, instead of a city of failing schools, crippled neighborhoods, and
shrunken dreams. And that’s a proper yearning. God always wants his people to seek the welfare of
the city where they live. And it’s a yearning that one day will be satisfied. Jesus said, “Those who are
hungering and thirsting for what’s right are blessed, because they will be satisfied.”

That’s the future God has planned, the future God has promised, a future in which
everything, at last, is right. There’s a picture of it in the book of Revelation. In chapter 21, John
recounts his vision of the heavenly city, the new Jerusalem, coming down out of heaven from God
and resting upon the earth. The city he sees is perfection itself, perfect in all its dimensions,
complete in all its appointments, the home of light and of life that flourishes forever.

The book of Revelation up to that point is filled with so much wrong: with beasts and blood,
with disasters and destruction, with plagues and with death. But the future, the future that the saints
of God hunger for and pray for, that future has been guarded, has been protected from all the
turmoil, has been kept whole in heaven. And in the end that future comes down from heaven to
earth, and the deepest longing of the children of God is satisfied. Everyone who hungers and thirsts
for what’s right will be satisfied, because in a great and final act of divine justice, everything wrong
will be supplanted by everything right.

And now? What happens in the time between the present and the final future? Our country’s
conservative movement helps us here. For years now, “conservatives” have chided “liberals” for
having a vision of equality and prosperity that they keep talking about, while they wait for someone
else to make it happen.

“Liberals” expect the government to create jobs and prosperity. And they expect rich people to
be robbed to take care of poor people who can’t manage to take care of themselves. “Conservatives,”
on the other hand, promote an ethic of energetic responsibility. Don’t pine away for a better day,
wringing your hands while you wait for someone else to make it happen. Be proactive. Be an
entrepreneur. Be a mover and a shaker. Be a creator, a producer. Be an actor on the social, political,
and economic stage.

Listen to the prophet Micah. “This is what the LORD requires of you: To do what’s right and to
love what’s kind and to be careful to walk with your God” (Micah 6:8).

The problem in Micah’s time was that the community of Israel was doing the exact opposite.
God had always shown kindness to them.  But they disregarded the plight of the needy, counting them only when making cost-benefit calculations. God had always done right by them. But they exploited the poor and the vulnerable. They were liars in business, champions of crooked deals, experts at taking advantage of every situation.And as far as being careful to walk with God, they had made a mess of that, too. They had reduced piety from a change of attitude and action to an attempt to buy off God’s anger and to get out from under God’s judgment, whether it cost pools of blood, rivers of oil, or even the life of a firstborn child!

But it’s all of a piece. Religious practice cannot be separated from the attitudes and actions of a
community, especially toward the vulnerable, especially toward people who don’t get to write the
rules, but only to feel their weight.

Now, we can sit back and wish for things to change. We can hope and pray for things to get
better. We can pine away for a city that will look like the new Jerusalem. But the conservative
movement has a better way. If you want to see justice, then do justice. If you want your community
to do what’s right, then take action to make that happen, to change business as usual. Be proactive.
Be movers and shakers. Be entrepreneurs of justice.

Here’s the bottom line. Justice is not an option. Justice is a priority with God. Justice is central
to Christian faith. People who hunger and thirst for justice, for what’s right, are blessed. Blessed
because, in the end, they will see all that they have yearned for finally realized in the perfect city of
God. But blessed also along the way through a partnership with God, a careful walking with God, by
doing what’s right and loving what’s kind. Of which there is no better example than our Lord
himself, who not only announced the kingdom, but acted to heal the sick, to feed the hungry, and to
put right what had been wrong for so long.

When we take action to do what’s right, it may not prevent another Joshua Edwards from dying
naked, cold, and alone. But then again, maybe it will. And we at least have to try, don’t we? — try in
the name of the one who came to announce and to embody good news for the poor, freedom for
captives, healing for the sick, and so much more.