On Silence & Self-Assertion & Prayer – Another Good Word From Peterson 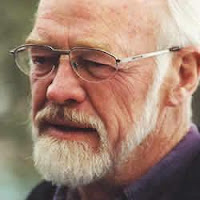 “Why is there so much noise in the world? Why do we chatter so much? In this most expensively schooled society in the history of civilization, why is there such a torrent of verbal garbage? Why do we put up with it? Why don’t we turn off the bluff and bluster of our radios and televisions and enter into the silence? Is it because we really do not want to hear the word that will expose the futility of our self-assertiveness and make us new, that will command the abandonment of our cozy fantasies for a life of hazardous faith? Silence is prerequisite to hearing. If we reject silence, our words are reduced to puffing our own shriveled selves. If we talk all the time, or let others talk all the time, our ears and mouths are filled with cliches and platitudes, mindless chatter and pretentious gibberish. In silence, language is renewed. In the absence of human sound it becomes possible to hear the logos, the word of God that gives shape and meaning to our words . . . .

Neither persons nor nations can exist in a healthy state absorbed in novelty and defined by advertising . . . . A self that denies itself, it seems, is not anemic and spindly. Unself-assertion is not wallflower piety. There is something healthy going on here connoting solidity and strength. In contrast, self-assertion turns out to be not self-assertion at all, but impulse assertion. The self wants to be excited, entertained, gratified, coddled, reassured, rewarded, challenged, indulged. There are people on hand to manipulate and market these impulses by seduction and persuasion. The American self [*including American Christian culture]characteristically chooses advertisers instead of apostles as guides. Self-assertion is, in fact, a euphemism for a way of life dominated by impulse and pressure. The self is alternately moved from within by whatever occurs in the emotions and glands, from without by whatever is presented by fashion and fad. As we become practiced in prayer we are unmoved by such bagaelles.”

Excerpted from one of my favorite books by Eugene Peterson, Where Your Treasure Is. Pieces taken from pages 88-90.