Discontentment / July 31, 2010 / Leave a Comment
That night all the people of the community raised their voices and wept aloud. All the Israelites grumbled against Moses and Aaron, and the whole assembly said to them, “If only we had died in Egypt! Or in this desert! Why is the LORD bringing us to this land only to let us fall by the sword? Our wives and children will be taken as plunder. Wouldn’t it be better for us to go back to Egypt?” And they said to each other, “We should choose a leader and go back to Egypt. . . . But the whole assembly talked about stoning them. Then the glory of the LORD appeared at the Tent of Meeting to all the Israelites.The LORD said to Moses, “How long will these people treat me with contempt? How long will they refuse to believe in me, in spite of all the miraculous signs I have performed among them? (Numbers 14:1-4, 10-11). 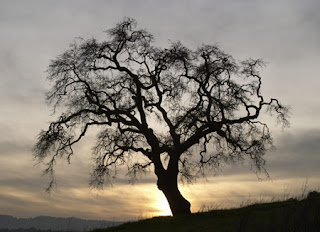 Think about how restricted Jesus was. He was born into poverty, in a backwater, out-of-the-way place. His friends and family struggled just to make ends meet, to have enough food and clothes for what they needed. He was far from the cultural centers of Athens, Rome, and Alexandria. I doubt the daily conversation stimulated his theological and intellectual curiosity. He chose to limit his power. Very few people knew who he was; others didn’t believe he was who he claimed to be so they didn’t give him the honor, respect, and glory due his name. Wasn’t it better in heaven, where every knew his name and respected him? But he chose to come here to be despised–to lay his life down for us. It was the will of the Father for the salvation of the world. He was confined for us, but not discontent.

God delivered the Israelites from slavery to the Egyptians. But they didn’t do well with not knowing what would happen day to day. They didn’t do well with not being in control of their circumstances. Although God did miracles and spectacularly freed them from bondage–when things began to get a little tough, when they didn’t know what to expect, when they started giving into the fear of the giants in the land, forgetting what God had just done, they began to complain. They chucked their trust in God out the window.

They became discontent because what God was doing was not what they had in mind or what they had expected. They figured that after he had delivered them from the Egyptians, they’d cruise through the promise land unencumbered and unopposed. But then the possible opposition in the form of giants caused them to forget everything God had done. They became so discontent, so fearful that they uttered the unimaginable–Egypt was better. Bondage was better to this! They were out of their minds.

And we are just like them. We go out of our spiritual minds when we have to wait on God or when we don’t see him working the way we think he should in the time we think he should. We start to question everything. Unlike Jesus who faced so much opposition and bore it with humility and trust, we call God’s character into question. We put him on the witness stand–we put God on the dock. We stop depending on him for peace and try to work out circumstances ourselves. We figure that since he ain’t doing the job, we might as well give it a try ourselves. We become bitter. We become negative. We color our world and relationships with the darkness of our unbelief.

God renders a harsh judgment for such behavior because such behavior shows contempt for him. I looked up the word contempt and this is what Merriam Webster’s Dictionary says it means: 1) the act of despising; the state of mind of one who despises 2) the state of being despised 3) disobedience to or open disrespect of a court or legislature. Here are synonyms: despise, disdain, scorn; also abhorrence, abomination, execration, hate, hatred, loathing.

By all means, let us pray for better circumstances–flee abuse if that is what is happening. But if God has us in normal life circumstances in which we feel uneasy and restless, yet circumstances we are convinced he has allowed us to be in or even appointed us to be in, let us not act like the Israelites by treating God with contempt.