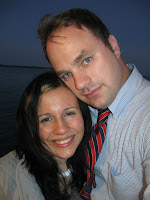 My husband ( a philosophy professor) was recently asked some questions about Christianity by a student concerned for her friend.  He shared the questions and his answers with me. I found the questions to be good questions and his responses so thoughtful  and helpful that I wanted to share them with my readers and whoever else happens to providentially stumble upon the blog. I do so with permission.
(My next post will probably be after the U.S.’s Thanksgiving. So please feel free to look around at others. May the Lord bless you.)
First his disclaimer to the student asking the question:
As I’m sure you are aware, this is a long journey you are on with your friend. There’s no reason to expect it to resolve quickly. In fact, it’s not even clear what ‘resolution’ means here. Deeply devout, fully committed followers of Jesus have asked these questions throughout their walk with Jesus. There is a grand tradition within the Church of faith seeking understanding. Perhaps you and your friend are falling right in line with that tradition. If so, rejoice!
Of course, these questions may be symptomatic of other underlying matters. I don’t presume that’s what’s going on here with your friend. I do not know your friend, and as I’ve already noted, plenty of deeply devout, fully committed Jesus followers ask these same questions. The mere presence of questions doesn’t all by itself indicate some underlying, and troubling, issue. Even so, it is possible that your friend has other matters to attend to (e.g., broken relationships, unmet expectations, disillusionment, hurt at the hands of some Christians, moral tension, dissatisfaction with some particular stripe of Christianity), and these questions are symptoms of those other matters. I don’t know, but you may discern that’s the case with your friend. Either way, walk in grace and humility with your friend. Love your friend.
Here are some brief responses to the tough issues you raised. Obviously, volumes have been written on each. I can’t do it all justice here. More conversation is needed. Feel free to pursue any one of these points.
Shawn’s responses are in bold.
Here are some of her questions:

She is thinking that God unfairly put punishment on us when it was the true fault of Adam and Eve. She says we sin today because it is after the fall and sin has already entered the world.

“After that we were all born with sin! Is that really an excuse for humans that were created perfect in the eyes of God? I also very truly believe that they did not understand the consequences of their sin. Would they have done it if they would have known it was going to impact mankind for the rest of time?

Regardless I understand the sin was committed and there is nothing we can really do about that now, but since God is just and fair, is it really fair that we all bear the consequences of the first sin?

[It’s not fair that a newborn baby is addicted to crack due to the behavior of the mother while pregnant. While not fair, it’s also simply a natural consequence of abusing crack while pregnant. Similarly, perhaps it’s not fair that we are all addicted to sin due to the behavior of our original parents. While not fair, it’s still a natural consequence of the original sin of our original parents. And it’s still objectionable for us to refrain from attending to our addiction (though doing so will be quite difficult) just as it would be objectionable for an adult crack addict (who started life as a crack baby) to refrain from attending to his crack addiction (though that would be tremendously difficult as well).]

It seems like the Bible sometimes contradicts itself in that matter.

[I’m not sure what your friend has in mind here.]

Also, is there such a thing as free will? He told Adam and Eve not to do something He already knew they were going to do. Can we change our fate? And doesn’t any of the paths I take, lead me where God wants me anyhow?”

She also asked about that fact that we base our faith on a book of faith. She mentions that other religions base their religion on their books of faith too, so is it really ok to say that other people are heathens when we are following faith too?

[No objections to other religions should target the fact that they appeal to an authoritative book or to the fact that they involve faith. Those would be bad objections. As your friend points out, if those things alone were objectionable, we’d be in trouble, too. I do think that I’d question the assumption that “we base our faith on a book of faith”. I’d want to know what exactly that means and why we should think it’s true. Surely we have good reasons for regarding the Bible, and not some other religious text, as authoritative. Moreover, our religious convictions don’t just “fall out of” our Bible reading. Rather, they arise (in part, at least) out of communal reflection upon (1) divine testimony (especially as given in the Bible), (2) the deliverances of reason, (3) our collective experiences, and (4) the testimony of the global Church through the ages as it reflects on such matters.]

She says, “how do we define morals? In this country we say it is wrong to put women into slavery in a business that sells them. But in another country such as Africa and Uganda they do not see any problem with that, what gives us the right to tell them what they believe is wrong, if what we believe is right is completely based on faith and not anything concrete to another person?

[Again, I wonder about this: “what we believe is right is completely based on faith”. Why think that? Surely ethics is a rational inquiry, with true moral claims being supported by good reasons. For example, presumably there are good reasons for thinking that slavery is morally wrong, reasons that go well beyond (or don’t even include) “our country says so”. What might such reasons be? We might begin by pointing out that slavery often causes tremendous physical and psychological pain and suffering, it violates the autonomy of the slave, it fails to respect the intrinsic worth dignity of the slave, it harms the slave by setting back or defeating the slave’s interests, and there are a lot of other ways we could treat the slave that don’t cause such pain and suffering, that do respect her autonomy and worth/dignity, and do serve her interests. The issue is not whether there’s anything special about us that “gives us the right to tell them what they believe is wrong”. Compare: there’s nothing special about us that gives us the right to tell flat-earthers that what they believe is wrong. That’s not the issue. Rather, what is the issue is that there are good reasons for thinking that the earth is not flat. Morality is no different in that respect. (Incidentally, your friend is no doubt right that we get some of our moral convictions from the Bible. But divine testimony via the Bible is just another way to get good reasons for thinking that something is true. Compare: I have good reason for thinking that human DNA has a double helix structure because scientists tell me so. Similarly, I have good reason for thinking that some act is wrong because God tells me so (through the Bible). Of course, this raises the issues of whether the Bible really is divine testimony and whether our interpretations of the Bible are good interpretations, but those are different matters.]

What if a person is involved in a lifestyle like this and believes it is part of their faith? several examples such as a man who takes multiple wives and believes that it glorifies his god, or the men that give take their lives and the lives of others because they believe it glorifies their god.

[No doubt this happens. But nothing of substance really follows from this. I may think going to a ballet for our anniversary will really make my wife happy, yet be mistaken about that. Being earnest and sincere doesn’t guarantee being right about what glorifies/honors God.]

I guess what I am asking is what gives us the authority and the right to say what they believe is wrong?

[As already indicated, that’s not the issue. We don’t have any special authority here. Even so, we do have a right to tell someone they’re mistaken, don’t we? Suppose someone claims that Toledo is the capital city of Ohio. Do I not have the right to tell them that they are mistaken about that, pointing out that Columbus is the capital? Why is morality any different? But again, that’s not the main issue.]

Last thing, I really don’t understand how the only thing we can be sure of is Christianity and the Bible if those are the only two things that require the most faith and the most belief?”