Surrender the Outcomes to God: Rob Bell via Cathleen Falsani

Uncategorized / May 28, 2012 / Leave a Comment
I think about this topic a lot. We’re tempted to make something of ourselves even as ministers (whatever form your ministry takes).

I happened to read this great report that Cathleen Falsani submitted about a talk and Q&A featuring Rob Bell. Here’s an excerpt from the article (you can read the rest here: ‘Surrender The Outcomes’)

“Surrender the outcomes of your presence, your influence, your work, your leadership,” Bell said. “They may drink the coffee. They may not. That’s just how it is. When you come to terms with this, then you’re actually free.”

In other words, it’s not about you.

“If, as a pastor, parent, or person, if you do what you do because you’re called to do it — without expectations, without needing a particular response, without hitching your wagon of joy to someone else’s reaction (or lack thereof) — you free not only yourself, you liberate others as well.
A pastor who needs the constant approval of her or his congregation isn’t free. And neither is the congregation.”

“But you know, if they have found joy simply in doing the work, when they have found their center and their joy…you know it’s a gift with no strings attached. They are free and you are free,” he said. “It’s intoxicating.” 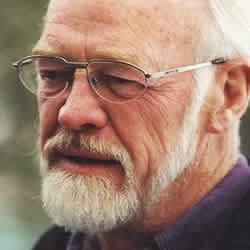 “Eugene Peterson goes into a pastor’s convention and just slays it,” he continued. “You’re like, ‘What was that?!’ You know why? He doesn’t need you to like him. He doesn’t need anything from you. And that’s why you want to hear him over and over again.”

Yes. But innovators such as Peterson come under unbelievable criticism. Where do you put that?
“Pioneers are crucified,” Bell said.

One of the men in the audience interrupts: “How do you know whether you’re being crucified because you’re a pioneer or because you’re just wrong?”
Bell smiled.