Are You Jesus’ Disciple?

“Not everyone who says to me, ‘Lord, Lord,’ will enter the kingdom of heaven, but only he who does the will of my Father who is in heaven.” Matthew 7:21 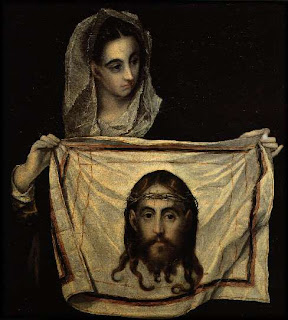 A lot of people say they believe in Jesus or that they are Christians. I think what they mean is that they believe that Jesus exists, they know that he died on the cross for their sins, and they believe it is a historical fact and that his death and resurrection means salvation for them. But they don’t follow him. They don’t obey him, they aren’t his apprentices as Dallas Willards says.

But in Romans, when Paul tells people that they will be saved if they confess with their mouth that Jesus is Lord and believe in their hearts that he rose from the dead, we have to remember who he was saying that to (Let me be clear, I believe this).

Those who heard Paul and confessed with their mouths that Jesus was Lord and believed in their innermost being–their hearts–that he rose from the dead…those people were putting their lives at risk. They were counting the cost of following Jesus. For by confessing that Jesus is Lord, they were confessing to the Jewish religious leaders and all of those around them that they believed Jesus was the Messiah and God and worthy of worship. The Jewish leaders considered it blasphemy and still do. They don’t believe the Messiah has come. When Gentiles (and Jews) confessed that in the Roman Empire, they were saying that Jesus, not Caesar was Lord. They’d bow to Jesus over Caesar. Many put their lives at risk when they confessed with their mouths that Jesus was Lord. Jesus was worthy losing their lives for.

Are we disciples, are we willing to lose everything to gain everything as we follow Jesus?  In Matthew, Jesus says that not everyone who calls Jesus Lord will enter the kingdom of heaven. Only those who obey the Father’s will shall enter.

I pray that you are in the kingdom and obedient to Jesus. If you should ever have any questions about what it means to follow Jesus, I’d be glad to answer them or refer you to someone who can.

The Lord bless you.